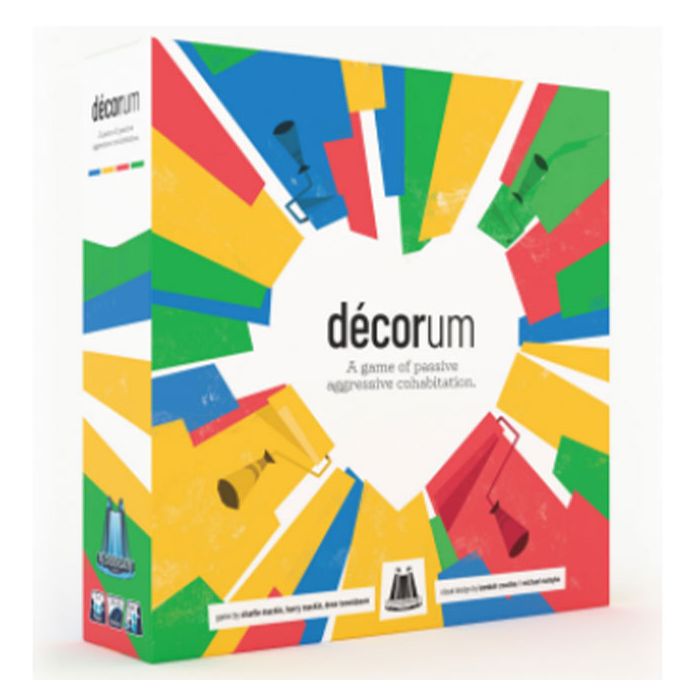 Imagine, for a moment, trying to do a jigsaw puzzle you've lost the box for. Now imagine someone else is helping you, but you've both got different ideas of what it's meant to look like. You're puzzling over the top of each other, changing and rearranging the pieces, trying to create the picture you think is right. But they're doing the same thing, and after half an hour it's hard to feel like you've made any progress. It sounds frustrating, doesn't it?

Decorum is a cooperative puzzle game for two or four players. On the box it describes itself as a game of "passive aggressive co-habitation." That's not too far from the truth.

In Decorum we are working together to decorate a house, painting walls and moving around objects to create a living situation we can both feel at home in. At the start of a game, each player is given a list of conditions they must keep secret. These conditions can be as straightforward as "the bedroom must be painted red" or as weird as "no room with a wall hanging can contain a lamp and vice versa." To win the game, all players must meet all their conditions. On paper it's quite simple, but in practice it's a challenge and a half.

Decorum doesn't allow straight communication. On a player's turn they can make a change to the house, and the other player is only allowed to express whether they love it, hate it, or don't really care about it. For example, I could put an antique lamp in the bathroom, and you hate it. But it's up to me to figure out why you hate it. Is it because it's a lamp? Because it's an antique? Something else? As we're playing this game, yes, we're trying to solve our own puzzle, but to win we need to solve both. An awareness of what your partner is trying to achieve is crucial to success. You're looking for patterns, you're cross-referencing their moves with yours to try and figure out what's working and what isn't.

Sometimes finding the pattern is easy, and sometimes it's hard. Sometimes you stumble into success, and sometimes you really have to work for it. But in all scenarios there is this pin-drop moment where you just get it, and you're filled with this quiet triumph as you and your partner finish decorating your house with ease.

What's more, the game doesn't punish you for taking your time. At the end of each scenario we'll score points based on how well we did, but we won't get penalised if it takes all thirty rounds. The game cares more about our ability to solve the puzzle than it does how fast it takes us to do so. It wants us to work together toward a solution. It understands that good things can take time.

And that's it. There isn't much to Decorum, but there doesn't have to be. The game is charming, it's well made, it's clever, and it's fun. It's easy to set up and pack down, it's easy to teach and learn, it's appropriately challenging and it's got an incredibly cute theme. It does exactly what it says on the tin, and it does it wonderfully. It's a jigsaw puzzle where we both have different ideas of what it looks like, but we're both right. We can both have our picture. And in a game like this, I like that. I like it a lot. 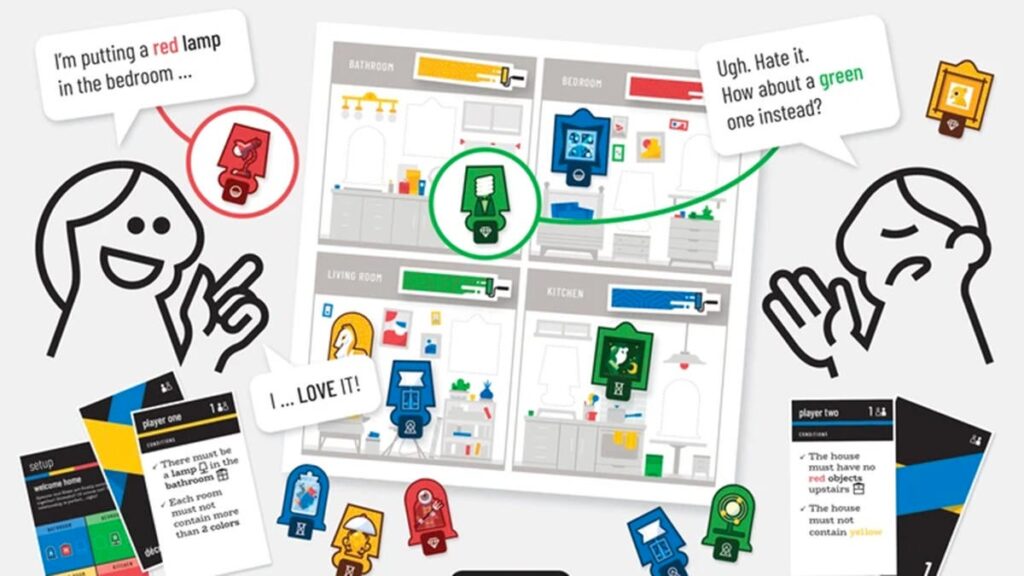