Once again, a new Magic set is imminently upon us. Recently the design team have steered Magic into a new and interesting direction, and Streets of New Capenna continues this. The 92nd expansion, New Capenna is a brand new setting that crosses high fantasy with modern gangster films. It's an unlikely combination. Unique, to be sure. So unique, that I kind of already love it. Art deco mingles with small parts neon and small parts aetherpunk to create an aesthetic that's appropriately messy. The steel-and-chrome setting effectively contrasts with the colourful characters that live in the art, straddling the line between foreign and familiar. Cars and guns are just as widespread as swords and spells. It's a fun mish-mash. But theme is nothing without the cards to back it up. So is New Capenna a setting that's bursting with potential? Or will it be sleeping with the fishes? Let's talk about it.

All good gangster stories involve mafioso families vying for space, influence, and respect, and New Capenna is no different. Five powerful demons head the families in the city, and each family is one of the 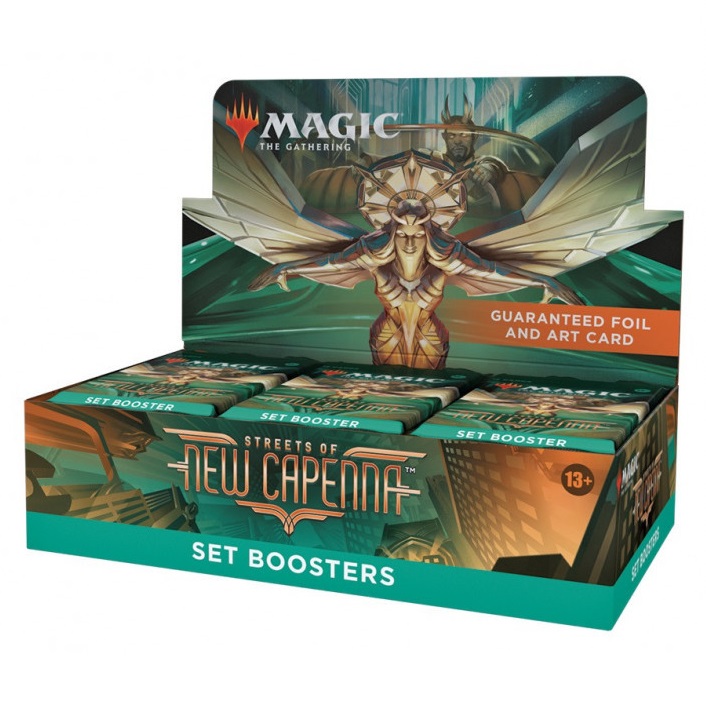 three-colour combinations we haven't seen in a standard-legal set since 2009's Alara Reborn. Moreover, new keyword mechanics have been introduced to concrete the identity of each family. Much like the guilds on Ravnica, the families within New Capenna serve roles that keep the city functioning. At least, functioning how they want it to.

The Brokers are the lawyers and public officials of the city. They are known for being aggressive and thorough in legal matters - always there to deal out punishment and follow it up. Their magic deals in memory, and they have thousands of sleeper agents throughout New Capenna. They also secretly believe in a doomsday prophecy, which is... neat? They've been given shield counters as a mechanic, which act as a form of protection. Simply, if a permanent with a shield counter on it would be destroyed, or if a creature would be dealt damage, the counter is removed instead. As protection, it seems like shield counters are going to vary in usefulness depending on the game. Still, a once-off indestructible is nothing to sneeze at.

The Cabaretti are party animals in both the figurative and literal sense. Their events are hotbeds of fun, chaos, and debauchery, and everyone wants to be on their invite list. Their magic keeps the party going, and it never has to stop if you keep paying. It's rumoured that an angel exists within their number, which is great for them, but bad for pretty much everyone else. The Alliance keyword debuts with the Cabaretti. Alliance is an ability that rewards you for playing creatures, with the bonuses differing from card to card. The "creaturefall" mechanic has seen many iterations in Magic R&D, but has never found its way into a set until now. Just goes to show that persistence pays off. The Maestros are a family of vampires and assassins. They are wealthy beyond measure and enjoy the finer things in life. They masquerade as an organisation that preserves art and culture, running in the circles of high-society. Really, they're all just elite killers. The mechanic associated with the Maestros is fittingly (and grimly) called Casualty. Spells with the Casualty keyword give you the option to sacrifice one of your own creatures in order to copy the spell. While some cards with Casualty aren't all that, the keyword itself seems to be a great enabler for sacrifice-heavy strategies. Fans of the vampire tribe (i.e. me) also get some cool new cards to play with.

The Obscura are talented wizards that use their magic to lie, cheat, steal, blackmail, manipulate, and otherwise hustle their way to success. The seem to be the most "underground" family, as their members maintain the façade of everyday, run-of-the-mill citizens. They are, indeed, schemers at heart. The Obscura have the Connive keyword. Whenever a creature instructs you to Connive, you draw and discard a number of cards, then put +1/+1 counters on that creature depending on the number of nonland cards you discarded. Connive is one of those mechanics that does more heavy lifting the more I think about it. With one keyword you're choosing the cards you want in your hand, filling your graveyard, and potentially buffing one of your creatures. It's a lot, and I'm sure it won't take much to break.

The Riveteers are the de facto construction/destruction crew of New Capenna. They are rough-as-guts and muscle-bound; masters of industry and intimidation. To them, kneecaps and buildings break the same. In short, they're scary. Their mechanic is Blitz, which is an alternate casting cost. Casting a creature for its Blitz cost gives it haste and kills it at the end of your turn, drawing you a card when it dies. Blitz obviously favours low to the ground, aggressive strategies. The sacrifice subtheme and card draw it provides also enables heaps of other strategies in Riveteer colours, making it disgustingly easy to assemble some powerful board states.

At first, I thought Streets of New Capenna was a culprit of creating arbitrary keywords to bedazzle game mechanics that kind of already exist. I mean, Blitz is kind of like Dash with extra icing; shield counters are almost like Regenerate but not quite; Connive is Surveil on steroids; Alliance is doing something a slew of cards do already; Casualty is just another way to copy spells and sacrifice creatures. None of these mechanics are particularly original or exciting. They don't change the game in a significant way, they just service archetypes that are quite common. Originally, I was unimpressed. But with some consideration, I've come to realise that "new" mechanics are okay. 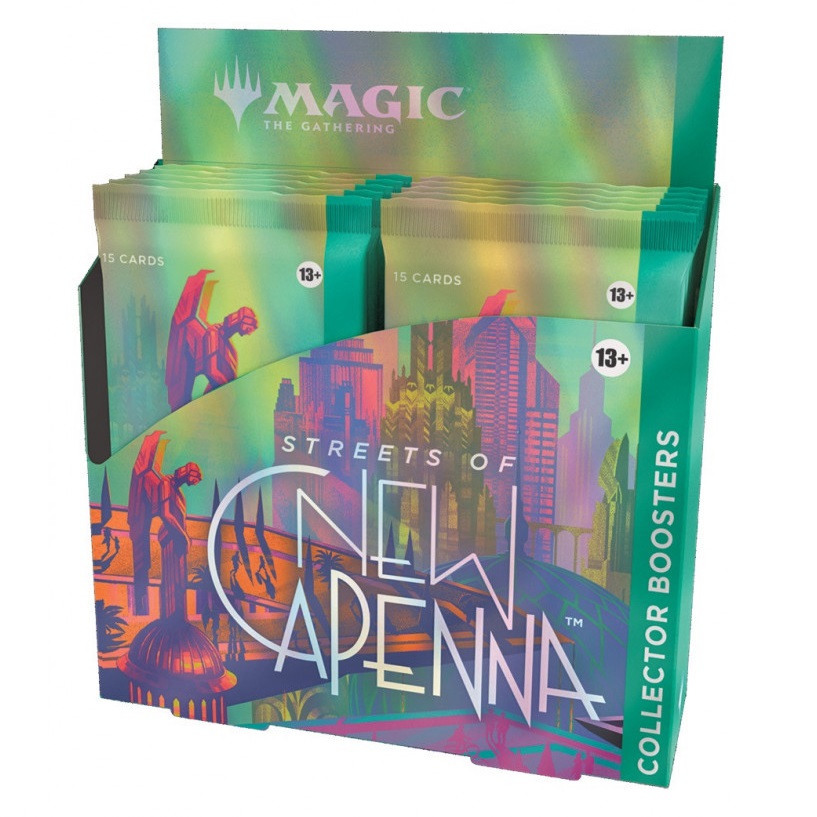 Although they're functionally similar to what we've seen before, they exist to serve the theme. Mechanics are a great way to inject personality into a setting. Giving those mechanics arbitrary keywords helps players identify the themes and characters of a set. Dash made a lot of sense for the Mardu Horde on Tarkir. Fast and brutal hit-and-runs were fun within a faction inspired by the Mongols. But if we gave that mechanic to mafia construction workers? It doesn't seem right, does it? In the setting of New Capenna and the identity of the Riveteers, Blitz does more than Dash ever could. Their identity favours an aggressive mechanic that's all or nothing. The Cabaretti want people to show up to the party. The Obscura's scheming make them stronger. You get the idea.

Additionally, these mechanics are designed in response to a game that's evolving quicker than we might like it. Magic has over 25 years of history and more than 20 000 unique cards. In the last few years, players have grown accustomed to a fast metagame and cheap cards packed with extraordinary value. Cards that don't support these trends remain unplayed. I'm a big commander player, and when I started playing the average mana cost of cards in my deck were much higher than they are now. Unfortunately, these things are the trappings of the trading card game. If the cards in a new set are worse than the ones that came before, no one would buy it. So I can forgive the designers for making small cards that do big things.

And hey: At the very least, that means the cards in Streets of New Capenna are going to be wild. And I, for one, am looking forward to see what I pull from those boosters.

Until next time, have fun.